The torta has a somewhat confusing history with conflicting reports and many variations. It can mean a type of sandwich, a cake, flatbread, or even a type of Italian pastry crust. It can also be used to describe pancakes, and in the Philippines and parts of Spain it can be a kind of omelet. Its a very different food depending on where you are in the world.

The word “torta” has meant several things over the course of its history. Today you might order a mexican torta from Sancho’s and you will get a sandwich. That’s because in Mexico the word torta is sort of a broad term for many different kinds of sandwiches, usually made with a round piece of bread. 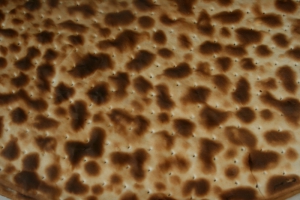 Originally the word torta came from Spain. One use of the word (torta dulce) was to describe a type of cake and another use of the same word described a kind of flat bread, characterized by its lack of yeast. It was considered a sub-par food and wasn’t as well liked as other yeast-based breads.

Keep in mind, at this point a torta was not a “tortilla” as we think of it today. In fact those didn’t even exist in Europe at the time. When the culture of the Americas started influencing Europe  the small, flat, round staple food of the American natives was dubbed a “tortilla” (small torta) because of the resemblance to its Spanish counterpart. Tortillas were later made with flour and became the popular food we have today. At any rate though, it had nothing to do with a sandwich.

So if the word “torta” has nothing to do with sandwiches then what explains the mexican torta?

The history is a bit clouded and there are several variations to the story. Generally though, the story is that during the French occupation of Mexico in the 1860s Mexican bakers took inspiration from the French and began making the bread we see in today’s Mexican tortas. They were first introduced in Puebla with the development of the telera, a type of bread. However it was Mexico City that really gave life to the meal. It was there that Mexican tortas became Mexican. They infused their culture into the food and created something truly unique, even if it had several variations. 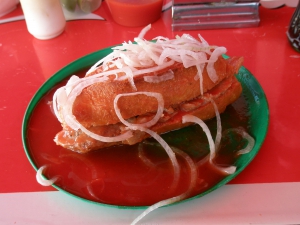 Whatever the origin, if you go to Mexico today and look for a Mexican torta, a sandwich is what you’ll find. There are as many varieties or tortas as there are sandwiches anywhere else. Some have meat and others are vegetarian. Some are filled with poblanos and others are even smothered with red chile. Their names often reflect their ingredients such as the Ahogada (Drowned) for the smothered sandwich or El Chavo (kid) for a favorite among children.

So what is an authentic Mexican torta?

A torta can really be anything on a bun! But if you want a taste of Mexico it should be made with Mexican flavors and spices. It should also be made with fresh ingredients in a traditional Mexican style. So when you order a torta from Sancho’s you’re not just ordering a sandwich singulair generic. You’re getting something made with several generations of tradition and culture from all around the world behind it.

If you would love to try a Mexican torta come on into Sancho’s Authentic Mexican Restaurant today!